My friend Linda who edits the Sundial, the newsletter of the Ingleside neighborhood in San Francisco, asked if she could use my recent photo of the once-upon-a-time movie theater on Ocean Avenue. I was flattered. Here it is. 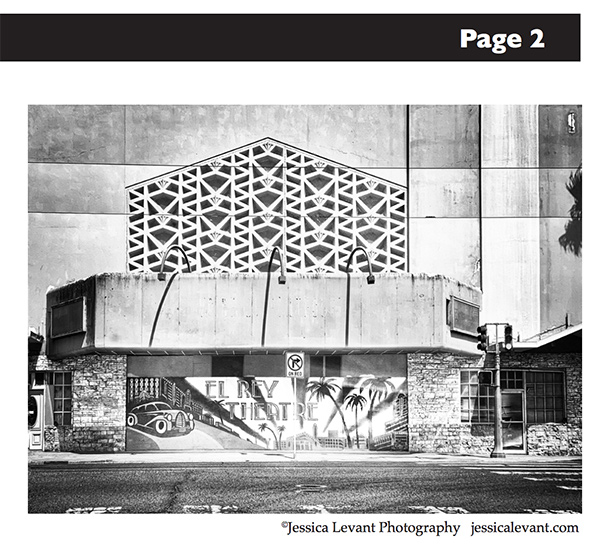 The El Rey opened on November 14, 1931, with Maurice Chevalier in “The Smiling Lieutenant” and had its last hurrah on Tuesday 29 March 1977 when the International Hookers Film Festival ran a noon to midnight marathon of ‘Irma La Douce,’ ‘Sweet Charity,’ ‘Some Came Running,’ ‘Three Penny Opera’ (1931), and ‘Pandora’s Box’ (1929). The theater doors closed for good on April 1st, 1977. Later that year the building morphed into a Pentecostal Church but eventually was foreclosed upon – turned out God didn’t pay the mortgage.

There’s a nice mural on it now – don’t know its artist(s), but it looks good despite the emptiness inside. I wonder if any of the interior art deco survives.